dudes!
we went to all the best pizza places, all at once-
(well, in a row)
and we got F*ng awesomely activated with a lotta superstar pizzas in THE PARK!!
yeah,
in the little italy new haven PARK!
that's right.
we ate four kinds of pizzas, in the MOST italian part of town,
in columbus square, in the sun, surrounded by dogs and trees and birds and an
overwhelming sense of expert new haveny hottness.
f'real though: 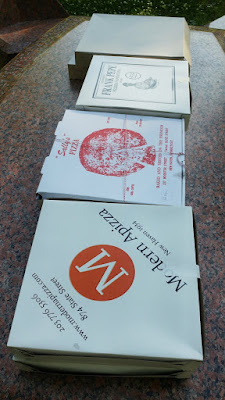 C'MON!
we did the big four from town.
(yeah, yeah, yeah, there's waaaay more than that, but i mean the real ones)
and we got the same pizza from every place, so we had a real comparison going.
they were ALL fantastic.
that's no joke.
but, we are a pepe's family, and i think we all agreed that was the best.
we all kinda won, though, actually,
because we had all the legends at once.
that's pretty rad.
it's family togetherness with my connecticut people.
check 'em out: 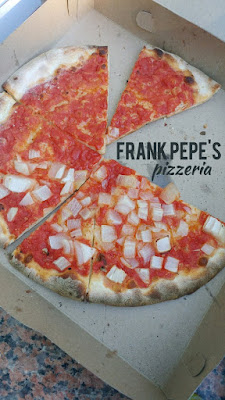 the overall best. no question.
everything is great across the board and that how you win.
and then: 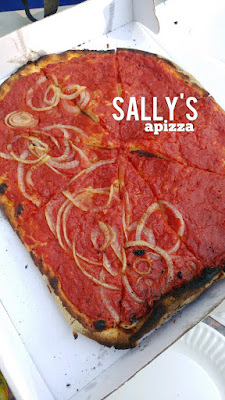 so much sauce, and a dirty oven, and those stringy onions aren't
quite as dope as the chunky jauns, but they do the trick.
those two are the wooster square heavy hitters.
but we went up the street first, and got this one: 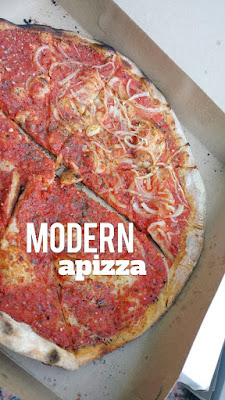 a damned good pie, and nothing to complain about.
a lotta folks say this is their numero uno.
i get it....maybe they're afraid to wait in line up the road or somethin'.
and pulling up the rear was that thinnny-thin-thin boi: 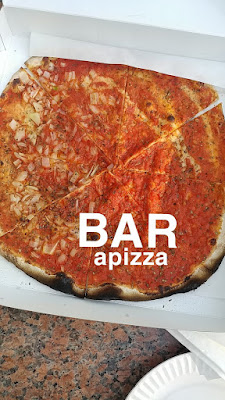 a little overboard on the oregano, a little cheap with the sauce,
the onions were how i like 'em,
and that verrrrrrrrrrrry thin crust was fuego, for sure.
so, me and my ma and harvest and maple got into it.
and it was awesome.
then, my sister mary grace reminded us we were supposed to go out for pizza with her.
awwwwwwwwwwww, man.
..........................so we did: 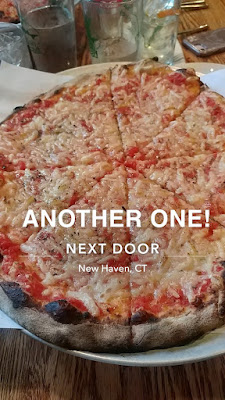 DAAAAAMN!
this one, with vegan chee'?!?!
a serious contender, and that's a bold claim considering we were four pizzas deep.
-
guys,
we're pizza people.
so much so that the next day?
yup.
MORE pizza was on the menu: 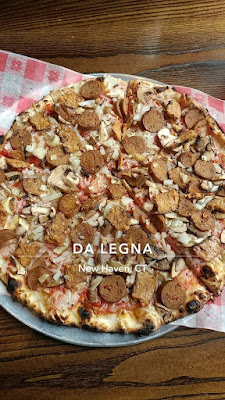 WORD.
vegan vegan vegan.
we actually had a pair of 'em. this one and a white pie i forgot to take a pic of.
i must've been in a pizza haze, probably.
too much is the right amount.
anything else is for suckers and losers and dummies.
for the record, last night we went to flatbread in north conway.
mmmhmmm.
that's eight pizzas in three days,
and that's how really real ones do the thing;
never quiet, never soft.....
this hot fire spat by Albie Rock